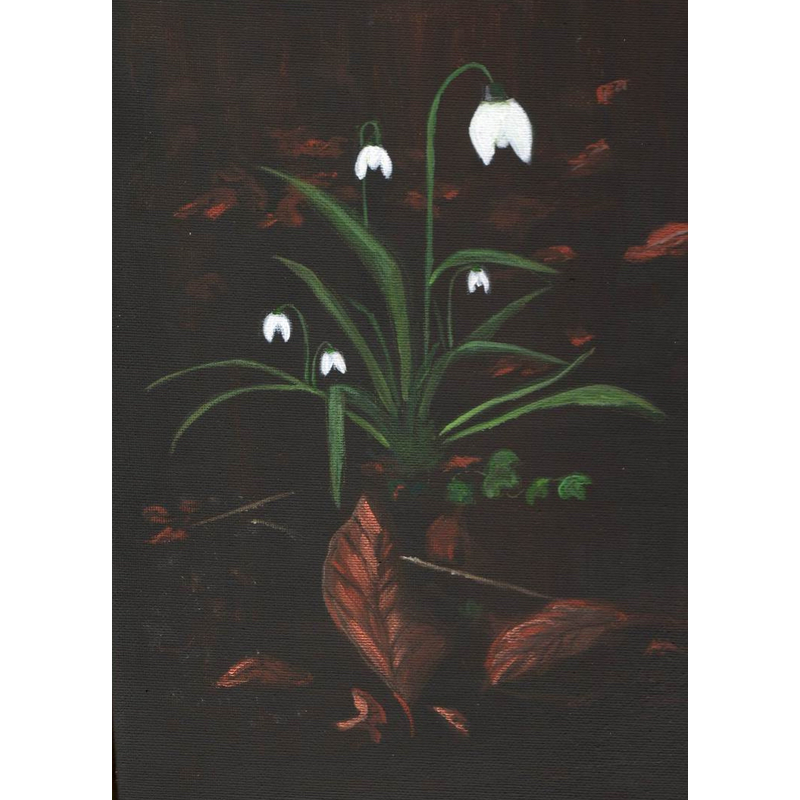 This image was the 2nd painting I have ever showed to the public and my first commission.  After seeing my Clifford’s Tower in Winter painting, I was commissioned to paint an image with reference to the Snowdrop Foundation for their friend who had had a miscarriage. I like to work from my own photographs but we were just coming out of the season for the best snowdrops, certainly no snow,  so I was disappointed that the only photographs I could find were in a local churchyard and were quite dark. I painted this anyway; enjoying the contrast of the dark with the copper leaves.  However, I thought it was too dark and morbid so I also painted a `traditional’ snowdrops in snow image which was taken off the internet.  I gave them to him with great hesitation, not knowing if he would like them.  The first thing he said was “I’m sorry but” followed by “I want them both”.   Phew!

Many people have pointed out that the snowdrops remind them of little lanterns showing the way in the darkness.  Darkness made visible. (Paradise Lost, Milton)

If you want to receive news and updates about events, workshops and exhibitions please sign up here.